the Sunday Philosophy Club series is set in Edinburgh, Scotland, and stars Isabel Dalhousie, editor of The Review of Applied Ethics and part-time detective.

Isabel enjoys wading through the mysteries of life, everything from the morning’s crossword to higher philosophical dilemmas, often with the advice of her ethically upright housekeeper, Grace. In this first novel of the series, Isabel witnesses a young man plunge to his death from the upper balcony of the Edinburgh Concert Hall... was he pushed?

Corduroy Mansions is the affectionate nickname given to a genteel, crumbling mansion block in London’s vibrant Pimlico neighborhood and the home turf of a captivating collection of quirky and altogether McCall-Smithian characters. There’s the middle-aged wine merchant William, who’s trying to convince his reluctant twenty-four-year-old son, Eddie, to leave the nest; and Marcia, the boutique caterer who has her sights set on William. There’s also the (justifiably) much-loathed Member of Parliament Oedipus Snark; his mother, Berthea, who’s writing his biography and hating every minute of it; and his long-suffering girlfriend, Barbara, a literary agent who would like to be his wife (but, then, she’d like to be almost anyone’s wife) and other eccentric characters...but a revenge is about to upset the precarious harmony of the household.

Precious Ramotswe is a kind, warm-hearted and large African lady. She is also the only female private detective in Botswana. Her agency – the No.1 Ladies’ Detective Agency – is the best in the country.

With help of her secretary, Mma Makutsi, and her best friend, Mr JLB Matekoni, she solves a number of difficult problems. A missing husband, a missing finger and a missing child – she will solve these mysteries in her own special way.

And in the process introduce us to Botswana. 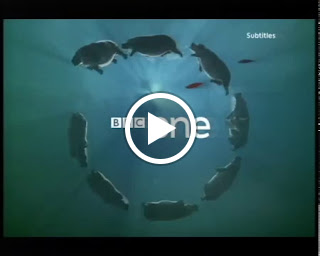 No time to read the novel about Precious Ramostwe?
Try the BBC TV series.