Introduction to the "Underground railroad" 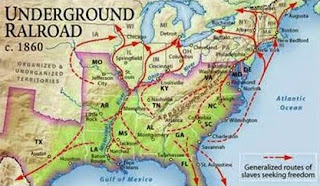 The "Underground railroad" was a network of people (men & women, blacks & whites, wealthy or modest people...) who helped slaves to flee from the plantations to the North of the USA and Canada.
It appears at the end of the 18th century ans was the most active during the 1850's; the abolition of slavery in 1865 following the end of the Civil put an end to the network. 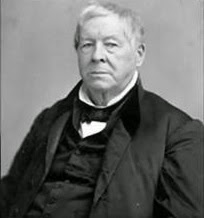 
Thomas Garret was born in a wealthy quaker family. Quite early, he committed himself to the abolitionist movement, indeed, when one of their servants were abducted to become a slave, he fetched her and freed her (see 12 years a slave).


Blatent abolitionist and in favor of a civil war, he openly welcomed in his home runaways as the police turned a blind eye on his activities. But after the Fugitive Slave act was passed in 1850, he had to pay a $4500 fine and his house was sealed until the fine is payed (his friends heped him to pay it).


The Tubman Garret Riverfront park in Wellington was named after him and her friend Hariet Tubman.
William Still
(October 7, 1821 - July 14, 1902) 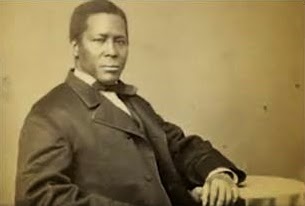 He was born in New Jersey and had 14 siblings. His father bought his freedom but her mother was a runaway from Maryland. According to the law of the latter, W. Still should have been born a slave but as it happened in New Jersey he was born a free man.
Levi Coffin was born in the South of the USA in a quaker family, but in 1826, his family moved out into North Carolina after being persecuted by slave onwers who suspected them to help the runaways.
As an adult, he settled in Indiana as a farmer and businessman and became a pillar of the local economic life.
He then became the C.E.O. of the Richmond branch of the Indiana Bank. Thanks to his fortune and netwok he could provide food, clothes and shelter to the runaways.
In 1842, he left the Religious Society of Friends (quakers) who asked its members to stop providing illegal help and in the contrary to work for a national emancipation.
He founded then the Anti-Slavery Friends that secretly helped the runaways (in 1851, both organizations would merge).
In 1847 and for 10 years, he ran in Cincinnati (Ohio) a warehouse where freed blacks worked but the enterprise was not profitable.
In the same region, he bought a house in Newport where 2000 runaways were welcomed.
After the abolition of slavery in the USA, he travelled to England and France until the 1870's to create organizations that helped newly freed slaves to have food, clothes and accommodation.
Focus on Harriet Tubman
(circa 1822-1908)
"Divine" visions 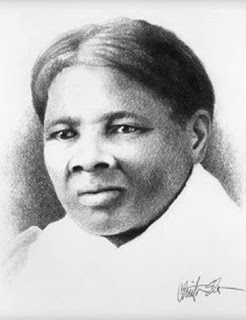 Tubman was born around 1822 in Maryland. As a teenager, she saw in a haberdasher's shop an outraged overseer who were trying to prevent a slave from running away, he threw a 2 pounds weight that were laying on the counter. He missed the target and the weight hit Tubman's head.
She remained without any mediacl care for 2 days. Then, she suffered from convulsions and suddely fainted. They may have been the symptoms of epilepsy fits.
After her cranial trauma, she started to have visions and dreams that she interpreted as divine messages. This religious faith would guide her through her whole life.
To freedom 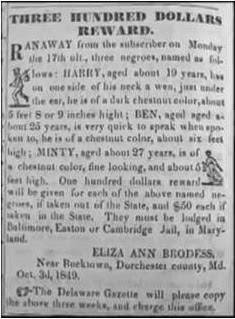 After around 30 years of slavery, she tried a first time to run away with her two brothers but the latter got scaredd and decided to come back, Tubman guided them back.﻿
In 1849 she ran away for good.
She travelled back and forth 19 times from Canada to the South of the USA to free other slaves (her family included).
She always bore a weapon, especially to scare slaves into not having a change of heart, as it could endanger the whole group of runaways. It is also said she used drugs to prevent babies from crying and so betray their presence.
It is deemed she helped at least 300 persons into finding freedom.

A $40,000 wanted advert would have been printed but it is less than 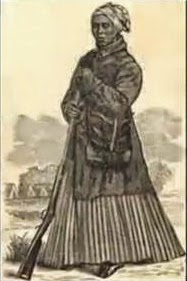 During the Civil war, she served in the armies of the Union (North) fighting against the Confederacy (South) as nurse and scout since she knew how to move without being seen.
In 1863, she guided 3 ships bringing soldiers to South Carolina to attack plantations (Tubman befriended John Brown who pushed slaves into murdering their masters and their family, he was arrested before he could attack the Harpers Ferry armory).
﻿
After the Civil war

She fought on for civil rights for blacks and women.
In 1869, she got married for a second time.
In 1859, she bought from abolitionist W.H. Seward a small lot in the state of New York.
In 1874, the couple adopted a little girl.
In 1903, she gave a portion of her land to a Church and a old people's home was built on it in 1908.
In 1913, she died in it surrounded by her friends ad family. SHe was buried with the military honors.
She continued to inspire people -her name was given to dozens of schools and 2 museum commemorate her life. Now her face is discussed to be put on the $20 dollar bank note.
To part 1