Every Thursday, from 7:00 pm to 8:00 pm, Bordeaux-USA offers you a one hour's talk in English about a large range of topics, followed by a discussion over a glass of wine.

Scroll down to discover this month's program....or follow this link, if you want to know what we did in the past.


You have the right to attend one talk for free.
If you like it then >> sign up !

It's time for our traditional-first-Thursday-of-the-month Potluck Dinner. Please bring one or more of your favorite 'salé ou sucré' dishes and some drinks to share! 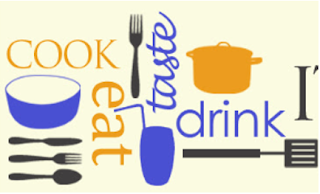 Imagine you decide to visit New York City for no particular reason, with no real goal, and nothing in common with this city. Once there, you act like a tourist: you stroll, you absorb the atmosphere of the place...basically you enjoy your vacation. Once back home in Bordeaux you realize something is missing.

That feeling continues to grow stronger and stronger until it becomes an obsession. So much so that you are drawn back to the States time and time again.

In 2005, this was Journalist Jean-Michel Selva's obsession which prompted him to create a blog, for the online version of the newspaper Sud-Ouest. And his love affair with American cities continued when he found his way to another famous city with French roots: New Orléans. Join us to find out more!

In this talk, our presenter, Baptiste Delvallé will share his experience of living in 4 different American states. He'll show us the similarities, differences and the complex relationship between state pride vs national pride by posing and answering the question: which comes first, loyalty to the state or the nation?

Baptiste Delvallé is an international teacher who has taught English and French around the world, including Vietnam, Australia, and the U.S., where he lived for 5 years.

Thursday, September 28th: Bobby and I: In the Shadow of RFK

Gradignan Book Prize winner Bernie Muraour's passions include animals, nature and drawing. She taught herself how to draw and paint through the universe of Walt Disney and the comics called Manga.

As an artist, she created paintings to represent Robert Kennedy's values and vision as well as the imprint his work left on her and many other Americans. 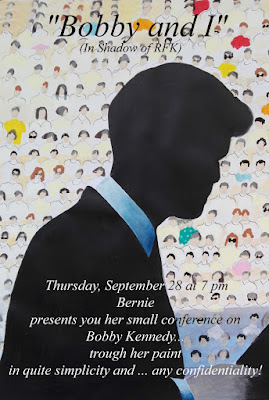 At present Ms. Muraour continues to draw & paint as well as working as an Art Therapist with ESAT & FO, which are two associations that care for disabled people.

Her previous freelance work includes being a window-dresser for china manufacturer Philippes Deshoulières and a costume designer for the Grand Théatre. In addition, she has dabbled in accessory design in the world of cinema and theater.  But in the end, her biggest passion is the work of Bobby Kennedy.