The Bombing of Royan presented by our member Jean-Claude Déranlot. Although it was determined the targeted massive bombings was not an efficient method of war and therefore had to be abandoned, the question still remained: why did they make an exception for Royan. 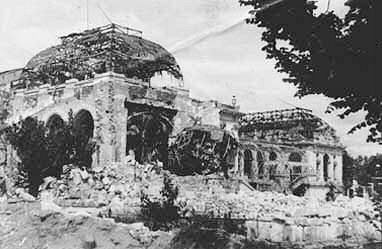 Many suffered from the Nazi control of Royan and the bombing of the town: civilians, young and old, soldiers and resistants, French and allied forces.
Liberating the town on the ground by the French, was a top priority for the city government and fortunately it became reality on April 17, 1945.

What was the point of flattening an entire town when the Nazis were about to surrender? Who was responsible?
Mr. Déranlot will speak about the military's goals, the personalities of the leaders, the political climate at the time and the series of events that occurred between January and April of 1945 that could give us some clues to help answer these questions.