it's the "rentrée", it means it's the end of the holidays but cheer up, it also means BDX-USA is back and the Library along.

The librarian adquired a few new books and is all the happier to present them to you.

The Ballad of the Sad Café by C. McCullers

Miss Amelia Evans, tall, strong and bobody's fool, runs a small-town store. Except for a disastrous marriage that lasted just ten days, she has always lived alone. Then Cousin Lymon appears from nowhere, a strutting hunchback who steals Miss Amelia's heart. Together they will turn the café into a joyful place where people enjoys meeting and gossiping.
But one day, Marvin Macy arrives in town, Marvin, Miss Amelia's former husband...

In the summer of 1994 the poet Joe Jacobs is on vacation in a summer home in the south of France with his wife Isabel, his daughter Nina, and their friends, the couple Mitchell and Laura. The tranquillity is ruined when amateur botanist Kitty Finch turns up.
Despite, her more than eccentric attitude, Joe's wife acceptes she stay in the spare bedroom and Kitty spends her time with Joe's family and friends and Joe himself of course. 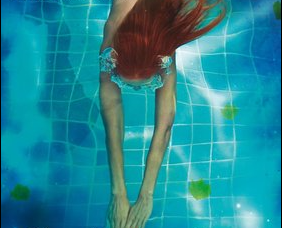 An accidental woman by B. Delinsky

Lake Henry, New Hampshire, is buzzing over the annual maple syrup harvest ... as well as the shocking revelation that long-time resident Heather Malone has been led away by the FBI, which claims she fled the scene of a fatal accident in California years before. Poppy Blake, her best friend, is determined to prove Heather's innocence, while facing past mistakes of her own.

Playing an unlikely role in both women's lives is investigative journalist Griffin Hughes, whose attraction to Poppy keeps him coming back to Lake Henry, even though he is
secretly responsible for drawing the law closer to Heather.