The Librarian's Choice: An Imaginary World.

in May of a certain year, you could read on the walls "L'imagination au pouvoir". So we're in the right month to discover crazy world yielded by writers' thriving imagination.

If you never read a pulp novel before, try Pulp by Charles Bukowsky. The latter put all the ingredients of the subgenre into his novel: private eyes, mob boss flanked by threatening apes, femme fatale (even lethal) and even added a pinch of sexy Sci-fi and mysticism in the symbol of a red sparrow.


Everybody knows Alice and her mad adventures with the mad hatter, late white rabbit and all their companions thanks to Disney and more recently to Tim Burton... but have you ever opened the book Alice's adventures in Wonderland by Lewis Carol? Well, delve into the BDX-USA library and pick it up.

When inhabitants of Duluth die, they actually become character of a TV series and when they die in the show, their lives go on in Rogue Duke, a serialized romance novel of a popular women's magazine.
Yet, they are still able to interact  with their relatives. However, the odd way of life of the living and not-so-dead residents of Duluth is threatened by the arrival of a round cerise flying saucer... 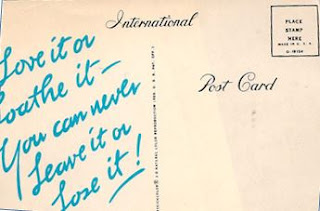 Bonus: The Merry Month of May by James Jones

“The only one of my contemporaries who I felt had more talent than myself was James Jones. And he has also been the one writer of any time for whom I felt any love.”—Norman MailerParis. May, 1968. This is the Paris of the barricaded boulevards of rebelling students’ strongholds, of the literati, the sexual anarchists, the leftists—written chillingly of a time in French history closely paralleling America in the late ’60s. The reader sees, feels, smells and fears all the turmoil of the frightening social quicksand of 1968.