Here is what S. E. Ambrose, author of Band of Brothers (we have in our library for your information) says about To the best of my ability - The American presidents: "What a wonderfully way to learn about our American presidents. This handsomely illustrate volume -with essays by our nation's finest historians - brims with fresh anecdotes, stylish prose, and sharp analysis. A treasure!" 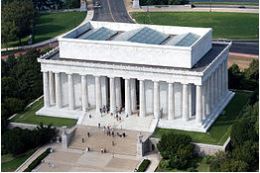 With A Treasury of Great American Scandals. From the unhappy family relationships of prominent Americans to the feuds, smear campaigns, duels, and infamous sex scandals that have punctuated our history, we see our founding fathers and other American heroes in the course of their all-too-human events. Ineffectual presidents, lazy generals, traitors and much more or shall we say much worse?

BONUS: Game Change is a 2012 American HBO political drama film based on events of the 2008 United States presidential election campaign, directed by Jay Roach and written by Danny Strong, based on the 2010 book of the same name documenting the campaign by political journalists Mark Halperin and John Heilemann. The film stars Julianne Moore and Ed Harris, and focuses on the chapters about the selection and performance of Governor of Alaska Sarah Palin (Moore) as running mate to Senator John McCain (Harris) in the Republican presidential campaign.