Hillary Clinton has difficulty to win primaries and caucuses meanwhile B. Sanders in his 70's mesmerizes and electrifies crowds of Young men and women. Maybe in 2016, it's outdated to vote for someone solely on one's sex.

Meanwhile we invite you to read the story of other women who had a political clout in their countries and how they impact the daily life of their country-fellows and of the entire world!

Books and magazines are on display in the foyer of BDX-USA (on the right as you come in). 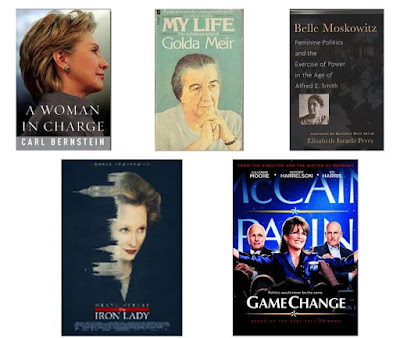 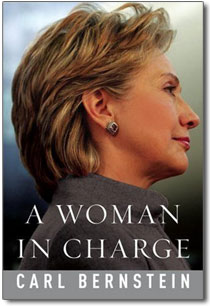 Drawing on hundreds of interviews with colleagues, friends and with unique access to campaign records, Pulitzer Prize-winning journalist and author Carl Bernstein offers a complex and nuanced portrait of one of the most controversial figures of our time: Hillary Clinton. He has given us a book that enables us, at last, to address the questions Americans are insistenlty - even obsessively- asking: what is her character? What is her political philosophy. Who is she? What can we expect from her? 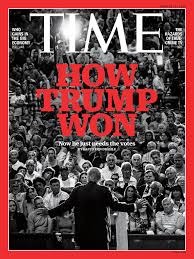 Time magazine of January 15th focuses on Trump and it's worthwhile reading but on page 18, also read the article by J. Newton-Small, author of Broad Influence: How Women Are Changing the Way America Works, who wonders if being the first female president is enough to attract women's votes. 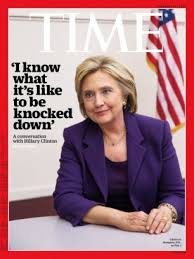 In the February issue, Time magazine directly asks Clinton her impression, strategy and hope for the 2016's election. What does she have to say? read the special report. 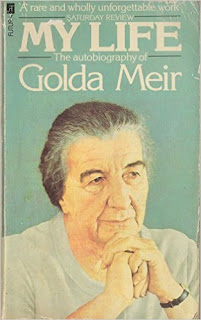 Her name may not ring a bell but remembering a 1970's Israelian politician is not an easy task. In My Life, Golda Meir speaks of her experience as the first female Israel prime minister.
The title has the double-entendre of a life story and a well-known Jewish expression. The book was well received by Kirkus Review who described the books as both frank and very revealing of her persoality and goals.
Her total lack of pretense is especially winning. Meir's practical idealism can be seen in efforts as diverse as the beautification of kibbutzim and her strong advocacy of unemployment benefits. The work that "most concerned and interested me" she writes.
It was "the translation of socialist principles into down-to-earth terminology of everyday life.
MARGARET THATCHER 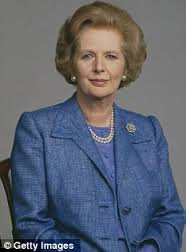 To write in a pastiche of G. Vidal's style: "love her or loath her, you can't make her leave or make her lose". The first female prime minister (it seems easier for women to be prime minister than president) definitively changed the face of Britain and with R. Reagan, the whole worlds's politics and economics: as she promoted econocmic liberalism at home, she helped tearing down the "iron curtain", well who else besides the "Iron lady" to do it?

We invite you to read Thatcher by K. Harris to understand how she did it and how she handled her enemies, those in the Labour party and the ones in her own political family!

Too busy (or lazy) to read the book? Watch the movie made by Phyllidia Lloyd. Well, it's not the best movie ever made and there're a few inacurracies but both fans and haters disliked it so it may be nuanced.
Anyway, it will sum up the woman's achievements for you to easily remember and watching Meryl Streep's great performance will be an enchantment.
BELLE MOSKOWITZ﻿ 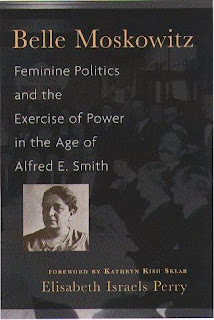 Who on earth is Belle Moskowitz? As the closest advisor to Alfred Smith, four-term Democratic governor of NYC and presidential candidate, B. Moskowitz (1877-1933) was the most powerful woman in Democratic party politics during the 1920's. She served as Smith's strategist, public relations director, and campaign manager, and was a major force in shaping the social welfare programs for which his adminstration is best known.
SARAH PALIN

"What's the difference between a 'soccer-mom' and a pitbull? Lipstick" S. Palin would tell a cheering audience.
What's the difference between H. Clinton and S. Palin? Mean and mocking minds may say culture and intelligence. In fact one represents the "establishment" and the other, "soccer-moms" and "forgotten men".
Julian Moore embodies with perfection the winning ticket of John McCain and the film is very good to show how the Republican campaign team managed to find  a authentic conservative politician to counter-balance mild McCain.
But it is not easy and even very stressful to play a role other impose on you especially when you always speak your mind...