Dear all,
Anna, our trustworthy librarian has to step back from running the library.
However, with her blessing, the library "workerbees" will provide you with books selections and tend to the library to the extent to their abilities.
Halloween is over but it's always a pleasure to read ghost stories as days get darker earlier and earlier. Let's be thrilled by the books we selected for you (you can find them on display in the foyer of BDX-USA). 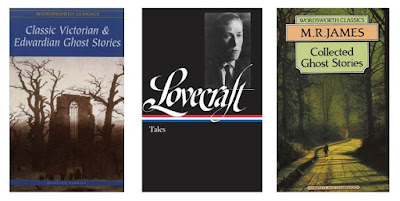 Classic Victorian & Edwardian Ghost Stories is a book to be read by a blazing fire on a winter's night, with the curtains drawn close and the doors securely locked. The unquiet souls of the dead, both as fictional creations and as 'real' apparitions, roam the pages of this haunting new selection of ghost stories by Rex Collings.
Some of these stories are classics while others are lesser-known gems unearthed from this vintage era of tales of the supernatural.
There are stories from distant lands - "Fisher's Ghost" by John Lang is set in Australia and "A Ghostly Manifestation by A Clergyman" is set in Calcutta. In this selection, Sir Walter Scott (a Victorian in spirit if not in fact), keeps company with Edgar Allen Poe, Sheridan Le Fanu and other illustrious masters of the genre. 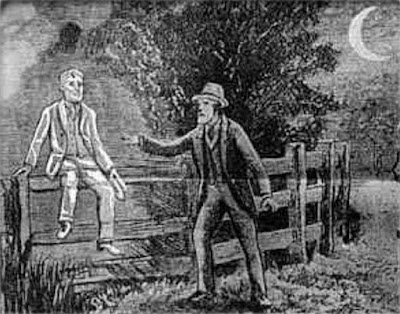 Mr Fisher's ghost
﻿
Now Lovecraft (1890–1937), the most important U.S. horror writer since Edgar Allan Poe and a big influence on nearly every major figure in the genre after his day, has been honored with a volume of his own in the prestigious Library of America series.
Drawing from scholar S.T. Joshi's definitive texts, Peter Straub, the bestselling author of In the Night Room, has selected 22 works of fiction, ranging from such traditional ghostly tales as "The Outsider" and "The Rats in the Walls" to such lengthy cosmic narratives as "The Call of Cthulhu" and "At the Mountains of Madness."
This edition represents the latest scholarship, including a recently discovered missing passage from "The Shadow Out of Time" and a few new minor corrections. Some may quibble over the inclusion of the pulpish "Herbert West—Reanimator" and the even worse "The Lurking Fear," though they're of interest as rare examples of Lovecraft aiming to please an audience other than himself.
﻿
﻿
The Collected Ghost Stories of M. R. James is the title of M. R. James' omnibus collection of ghost stories, published in 1931, bringing together all but four of his ghost stories (which had yet to be published).

Montague Rhodes James (1862–1936) was a medievalist scholar; Provost of King's College, Cambridge. He wrote many of his ghost stories to be read aloud in the long tradition of spooky Christmas Eve tales. His stories often use rural settings, with a quiet, scholarly protagonist getting caught up in the activities of supernatural forces.

The details of horror are almost never explicit, the stories relying on a gentle, bucolic background to emphasize the awfulness of the otherworldly intrusions.


The recording of the Ash Tree