Kathryn Larcher will briefly share with us information about the life and works of one of the most famous fantasy/science-fiction writers, Theodore Sturgeon , whose style is very poetic.

We will have a group discussion on the subject of communicating (with little green men in flying saucers or even with each other). 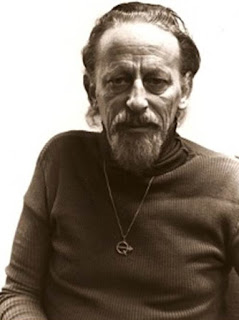 Sturgeon wearing a symbol he created, a “Q” with an arrow, meaning: “Ask the next question”, because he felt questions are more important than answers.

The 1953 story, originally published in Galaxy Magazine, was adapted for the radio program X minus one in 1957.


﻿
The story was later adapted in 1985 for the popular TV series Twilight Zone” (la Quatrième Dimension in France) as a tribute to the writer, who had just passed away. 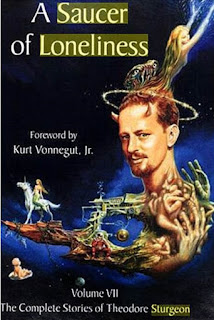 He also wrote two Star Trek episodes, one of which was “Amok Time”, in which both the Vulcan salute and the LLAP sign-off that he created were introduced.

His complete work are available in our Library but you can read the story hereafter. 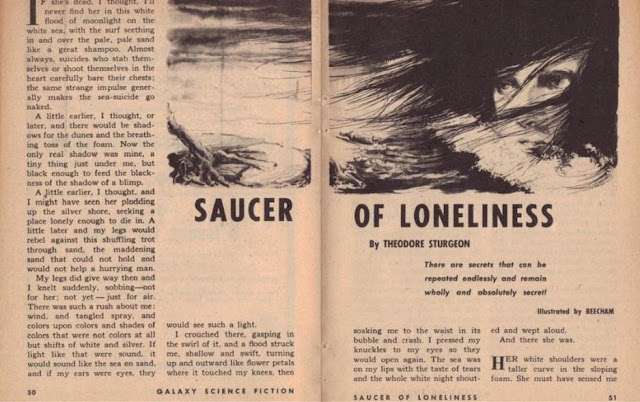 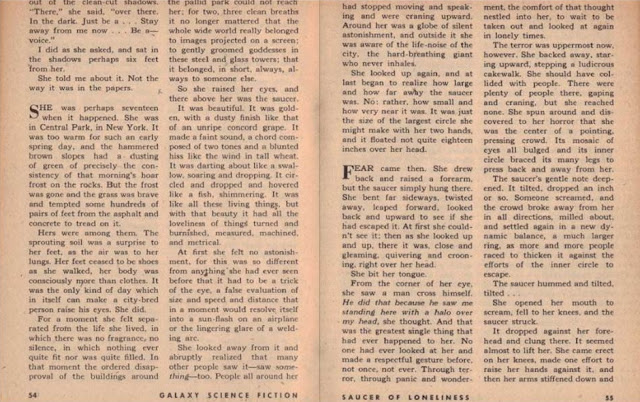 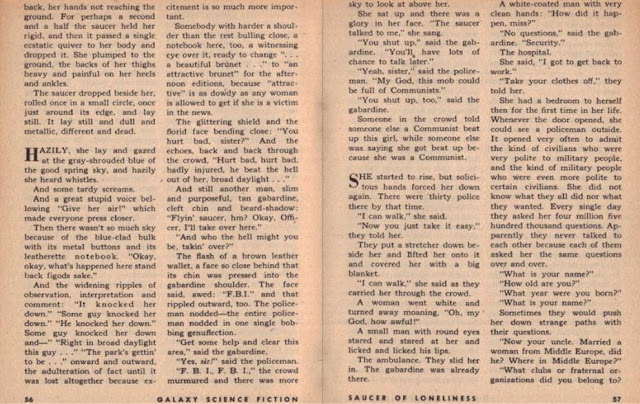 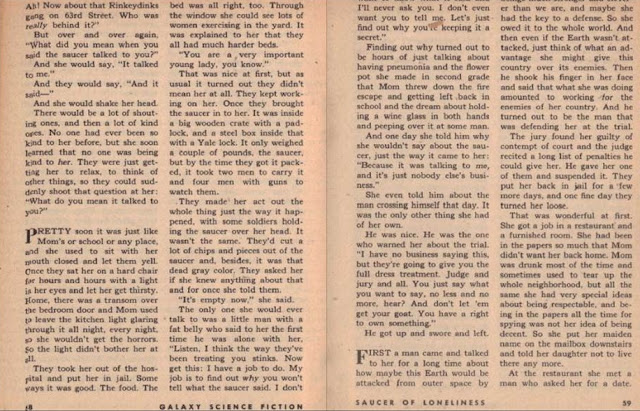 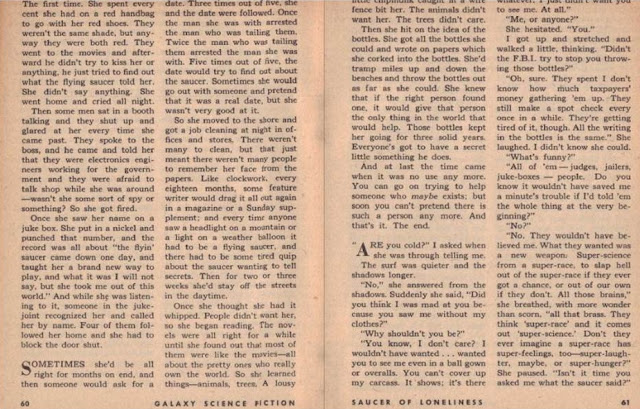 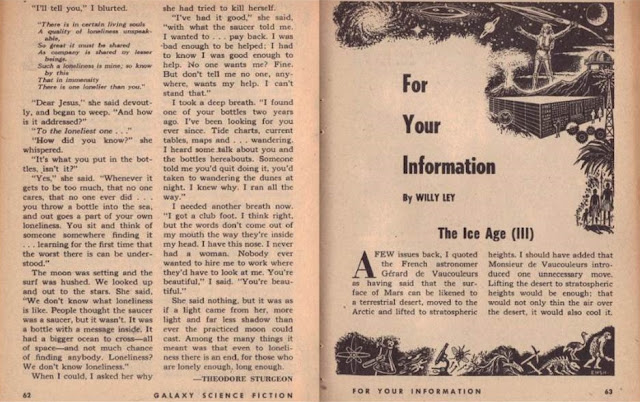