The story of Edsel

It is often tells success and fortunes of America but rarely failures.
Industry pioneer, Henri Ford founds the Ford Motor Company in 1903, his son Edsel borns in 1893 and will be president of the company in 1919, he dies in 1943. Edsel first name will come back in the Ford world some years later...

During the fifties the american automobile industry is booming, innovation is constant, design changes each year and cars are liked and sell well.

The three giants to get their slice of the pie are General Motors with brands Chevrolet, Cadillac, Buick, Pontiac and Oldsmobile then Chrysler group with Chrysler, Dodge, Imperial, Plymouth, Jeep and others, and of course Ford Motor Company with Lincoln, Mercury and the eponymous brand.

For answer to the competition and especially to Buick’s segment, Ford needs to create a new brand and the E-Car project is approved in 1955. There is still much to do and Ford invests a lot, it is necessary to find a name, to draw, to build, to promove, to sell etc...

At the end of 56 the name Edsel is chosen and 200 000 sales are planned for 1958 and the building will be done on 5 factories. Prototypes are build in spring 57, in july an advertising is published in Life magazine and at the same time production starts.

On september 4th the official presentation is done after a long waiting. Ford has made big investments in marketing, advertising, consumers survey and development. 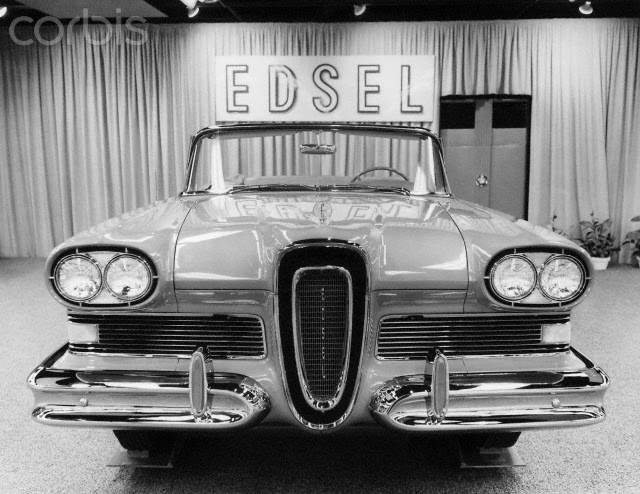 Sadly the reception is bad ! The front, this radiator grill is nicknamed the toilet seat or horsecollar, “seagull” tail lights are also criticized. Sales are low, 63107 instead of 200 000 to which add to series problems, Edsel are on the same assembly lines that others Ford models, Teletouch Drive system, gears selection on steering wheel, is complex, causing problems

The next year there’s a new design and Ford saves, Teletouch Drive system and others equipements are banned or optionnal but the harm has been done with 44 891 sales. The spiral is unfortunately launched, sales are low, dealers give back their franchises and for those who stay, consumers have lost confidence. 1960 will see the last model with only 2848 sales.

Ford decides to stop, the last Edsel leaves the assembly line on october 15th 1959 and the brand is officially down on november 19th. The adventure has cost 350 millions of dollars of that time. 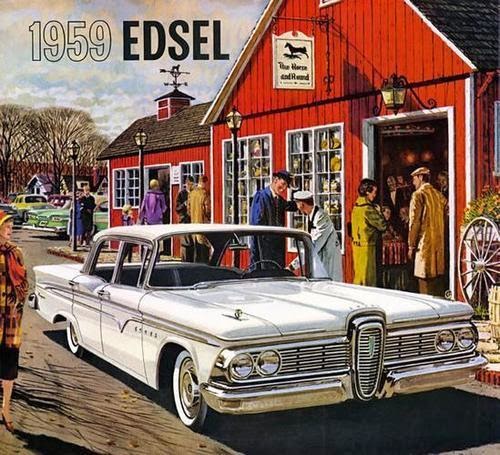 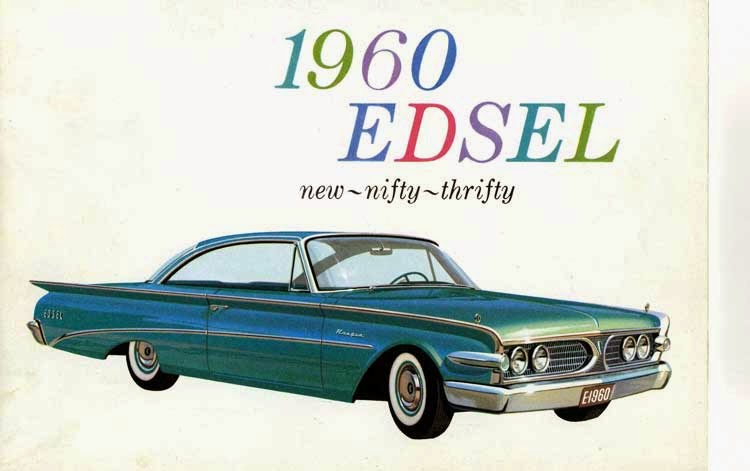 The fiasco has many reasons, design, recession : for all brands the year 1958 has been very hard, reliability and completions : Edsel were on the same assembly lines wedge between Ford and Mercury, workers get all mixed up with this brand new car and sometimes they arrived in dealership with missing parts !
Brand’s place within the group: a little bit more expensive than Ford and less than a Mercury, all this with a $100 difference.


Today it remains 6000 to 10000 Edsel in the world and this name is often used as a failure synonym. But like Henri Ford said: "Failure is simply the opportunity to begin again, this time more intelligently". 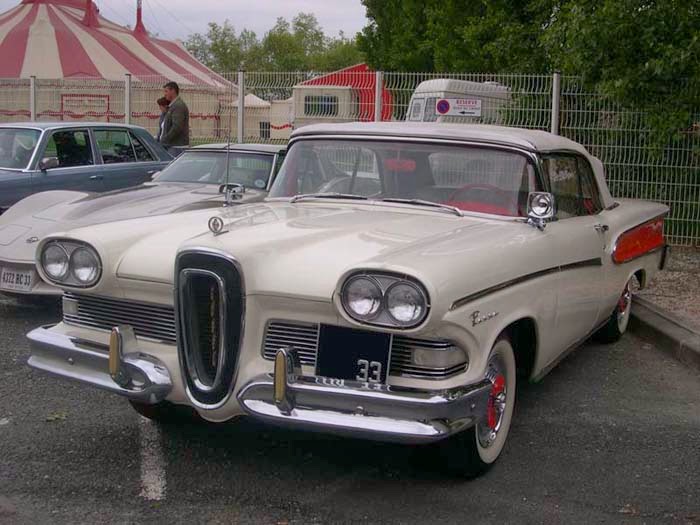