During the second part of the sixties, a musical style appears : musicians play for hours stretching their tunes, concerts are free or very cheap, the audience makes a communauty, the youth opens to this new kind and its lifestyle that comes out. Minds open more with LSD. Poster for a charity concert in Fillmore in 1966

On the west coast the epicenter of the hippie movement is the Haight Ashbury district in San Francisco, old houses are spacious and rents are low, the perfect way for a community life. Clubs allow to local bands to perform, Grateful Dead, Quicksilver Messenger Service and Jefferson Airplane, this last one will be a part of the 1967 soundtrack and its summer of love and will become one of the representative figures of what we later call the psychedelic rock. 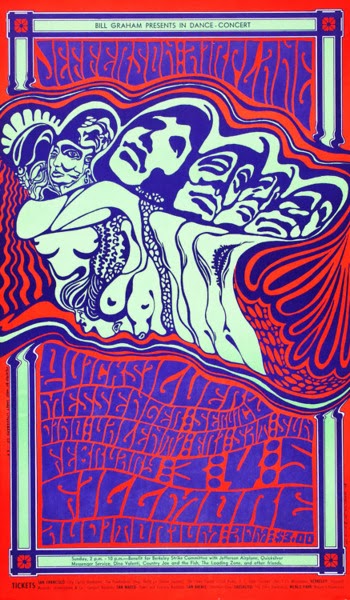 Formed in 1965, the band prepares its second album during 1966 fall with the arrival of Grace Slick on vocal, 8000 dollars and thirteen days later Surrealistic Pillow is recorded and hit the racks in february 1967. It starts softly with She Has Funny Cars and the typical guitars sound of that time and vocal harmonies then one of the treasures of the record, the energic Somebody To Love where Grace show the power of her voice and its incontestable input to the band. My Best Friend is an acoustic folk ballad lively and very well played. Today and Comin’ Back To Me are two beautiful ballads mixing melancholy and mind-blowing atmosphere, proving composition talent of Marty Balin and Paul Kantner. The next two tracks go hand in hand too : 3/5 Of A Mile In 10 Seconds et D.C.B.A . – 25, high-pitched and clear sounds, rock tempo and succeeded easy melodies. How Do You Feel is , once again, a well composed and heady ballad which precedes the very lovely guitars tangle that is Embryonic Journey, a good way to have a break before the hymn of the record and of a generation. White Rabbit, written by Grace, mix the Alice In Wonderland universe with LSD effects, the track escalates as the trip goes for finish to the « Feed Your Head » shouted by Grace. Plastic Fantastic Lover ends the album with the same recipe, well composed, well played. 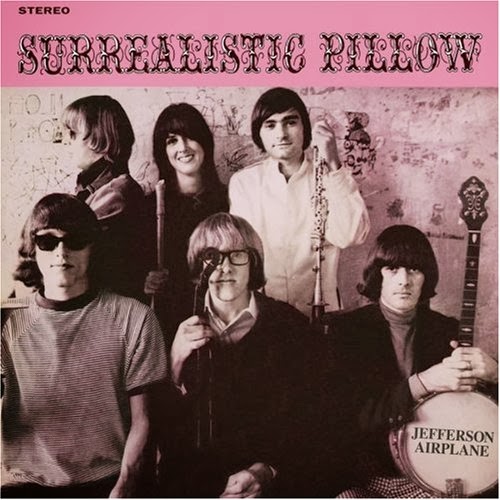 For those who want to discover psychedelic rock, the famous San Francisco’s sound, this album is a classic, musically open, harmonious despite of its different atmospheres, ranked 146th by Rolling Stone magazine on the 500 greatest albums of all time, what else...listen to it.